Riot Games has recently released a minor 1.2GB patch for their growing first-person shooter Valorant that aims to shake things up a bit on the battlefield.

On to this patch. Cypher, Raze, Brimstone, and Viper get some adjustments, with Viper coming away with a series of buffs, including a per second increase of her decay against enemies.

Check out what’s inside the latest patch:

• Viper can hold the ability key to drop her ult early

Valorant Team Notes: With Viper being allowed out of her ult for such a short period of time, we felt that she was not only limited in the plays she could make, but also gave too much continuous information to her enemies. The ability to move outside the ult smoke more freely should provide some new and interesting mind games for Viper to play—and hopefully puts the strategic pressure back on the enemy. The other improvements should push Viper’s advantage in her own smoke and help her avoid getting traded by enemies using minimap vision to target her.

• Enemy decay per second increased from 10 to 15 from all sources.

• After exiting Viper’s smoke, enemy decay sustains for 2.5 seconds before starting to fade

Valorant Team Notes: Viper’s decay depleting so quickly from enemies was limiting the advantage it provided and wasn’t creating the threat we had hoped for as a result. Adding a delay before it fades will hopefully widen the window where Viper and her team can capitalize and pair with the Viper’s Pit updates (above) to provide fresh ways to play around her ult.

Valorant Team Notes: The reduction in total uptime when both her vision blockers were active was making it difficult for Viper to use both tools together. Since Viper’s smoke has so much commitment and makes up so much of her kit, we want to free her to use them in tandem to create powerful options for her team to take sites.

Valorant Team Notes: Raze’s ultimate is one of the most impactful in the game and useful in almost any situation.  As a result, it is being used a bit too often. So we’re upping the cost by 1, which should help reduce how often players have to face her Showstopper.

Valorant Team Notes: Much like Raze’s Ultimate, Brimstone’s Ult is very impactful and useful in a wide variety of situations.  We feel like it was impacting rounds a little too frequently, so decided to up the cost slightly.

Valorant Team Notes: The Stim beacon is meant to be a pretty situational ability but we felt that revealing Brimstone’s location and having the potential to accidentally buff enemies was making this ability significantly weaker than we’d like.

Valorant Team Notes: When you really think about an FPS, you’ll notice you spend an awful amount of time looking at your arms…like all the time. Before launch, we intended to increase the fidelity of Brimstone’s arms to match the overall quality of the game. We did it—now look at those guns!

• Cyber Cage can now be picked up during the buy phase 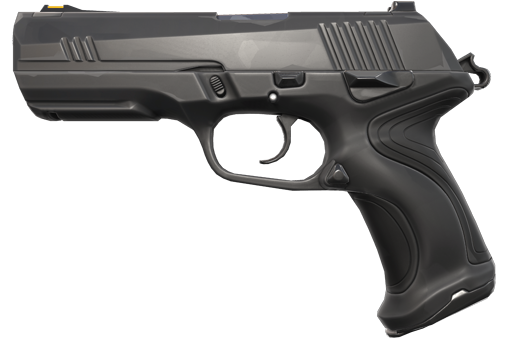 Valorant Team Notes: The Classic right-click was the primary bug fix here, but we saw an opportunity to make the weapon behave a bit more consistently. We slightly tuned efficacy of jump right-clicks, but (hopefully) haven’t taken away their viability in close-range scenarios

• Fixed bug where jumping had no inaccuracy penalty

• Added a 10% bonus to accuracy when crouching and stationary

• Replaced Reyna’s Voice Over for Italian and Mexican

Riot Games Notes: Unfortunately, due to COVID-19 the talents we identified for the role were not able to record due to regional restrictions. You can now find in-game, the voices we originally intended for Italian and Mexican Reyna!

• Adjusted the volume on the Elderflame Operator equip animation

• Enemy footsteps duck cosmetic bus properly (This means that enemy footsteps will always lower the volume of the skin sound effects that are not important to gameplay, like the flame whooshes, dragon roar, etc. )

• Fixed requirement for Reyna to look at Soul Orbs to activate them and maintain her healing, behavior should match that of patch 1.02

• Fixed Marshall bug where the weapon maintained accuracy while walking

• Fixed issues with some translucency effects being one frame behind (such as Jett’s dash, when used by the player)

• Fixed ally highlights not showing up on some AMD GPUs when using MSAA, and some Intel GPUs

• Shortened the text on the photosensitivity warning screen

• Fixed Brimstone smokes on Haven spawning offset of where intended

• Fixed a typo in Brimstone’s biography

What do you guys think of the current patch? Let us know on our Facebook page!

Share on Facebook
Tweet It!
About the Author
Christer de Guia
Christer (Degs) is the Content Head for GG Network based in Mandaluyong City. He has released a full-length album with his high school band, spewed hot takes on Twitter, and wreaked havoc on GG Over Time.
Now Reading: Valorant Patch 1.04 Brings Huge Buffs to Viper
You might like these...
Five Must-Watch Movies for Fans of the Yakuza Games
All the yakuza action minus the running around Kamurocho.
Mineski qualifies for another Minor LAN; defeats TNC 3-1 to score Captains Draft 4.0 berth
Mineski qualifies for a LAN, once again.
More from GG Network
Fifine K683B, A Reliable Midrange Microphone for Streamers—Review
The Fifine K683B is a bang-for-the-buck cardioid USB condenser microphone that ticks most boxes that streamers would possibly need. The plug-and-play nature of the microphone grants it the flexibility to record on different platforms, whether it’s your gaming PC or your smartphone (with USB-C). If you’re willing to look over the very minor build quality …
Shadowlands: Chains of Domination—World of Warcraft Latest Update is Now Live!
Patch 9.1 is here with a new zone!
Three Months Later—Is the OPPO A94 a Worthy Midranger?
It’s been three months since the A94 entered the market. Can it still go toe-to-toe with other midrangers?
5 New Anime Worth Checking Out This Summer 2021 Season
From dark comedy to surrealist sci-fi, here are our picks for anime to watch out for this Summer 2021.
Rurouni Kenshin: The Final Brings the Jinchuu Arc in Explosive Fashion
If you haven’t seen the Rurouni Kenshin movies on Netflix, then it’s high time you do.
ROG Announces New Zephyrus and TUF Gaming Line-ups with Intel 11th Gen CPUs
Bring your workflow and gaming experience to the next level with ROG’s new laptops.
Latest
NBA 2K22 Now Available in the Philippines
Happy 2K Day!
Grammy award-winning producer Zedd collaborate with Valorant on SPECTRUM skin line
SPECTRUM is Valorant’s first audio-driven skin line
MPL-PH and Lawson Team Up—MPL Team Cups, In-Game Items
Show your team pride with this MPL-PH x Lawson collaboration!
New Rainbow Six Extraction Trailer Details 18 Operators, Gameplay, Progression, and more
Rainbow Six Extraction will include cross-play and cross-progression!
Rainbow Six Siege Unveils New Season: Crystal Guard
The new season welcomes Croatian Operator Osa, minor map reworks, and Leon Kennedy.
Trending
8 Things I Wish I Knew Before Playing Fire Emblem: Three Houses
You don’t want to be caught in the middle of a route wishing you could go back ten chapters.
NBA 2K22 Now Available in the Philippines
Happy 2K Day!
Web Comic Artists Are Fighting in War for Rayuba Using Their Own OCs
War… War Has Changed
NBA 2K22 Now Available in the Philippines
Happy 2K Day!
New Rainbow Six Extraction Trailer Details 18 Operators, Gameplay, Progression, and more
Rainbow Six Extraction will include cross-play and cross-progression!
Two new crates in PlayerUnknown’s Battlegrounds
More clothes and even more rares comes with the two new crates in PUBG.
The Games You Didn’t Know Inspired God of War
It’s not just the Greek gods that made Kratos who he is today.
We use cookies to ensure we give you the best experience on our website.
Close

TV5 Network Inc. values and respects your privacy. We are committed to safeguarding your personal data in compliance with Republic Act No. 10173 or the Data Privacy Act of 2012 and its Implementing Rules and Regulations.